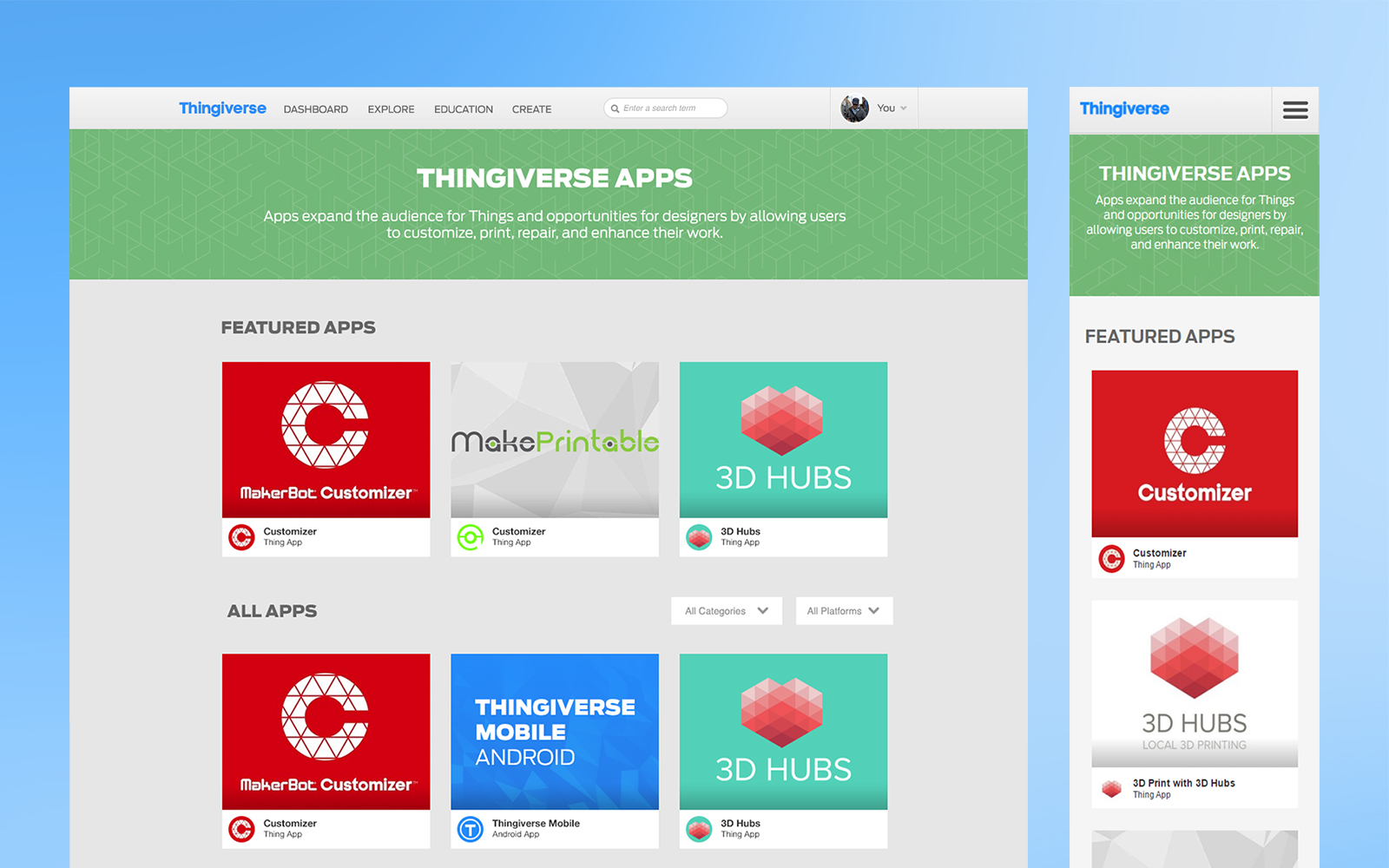 Thing Apps are a new kind of app offered to the user. These are apps that are embedded directly into Thingiverse, accessible via a Thing Page. By default, we enabled all apps for all users by using the license of a Thing as the guiding component. For example: If a Thing file has a license with noncommercial, no Print Fulfillment apps will be listed on that Thing. We have allowed the Designer some control to overwrite the license to allow users to use certain apps/services if they decide to. Another way to filter which apps can appear on a given Thing is control over file requirements by the Developer of the app. For example: if a Developer is creating a Customization app, they can limit it to only work on Things that have SCAD files. 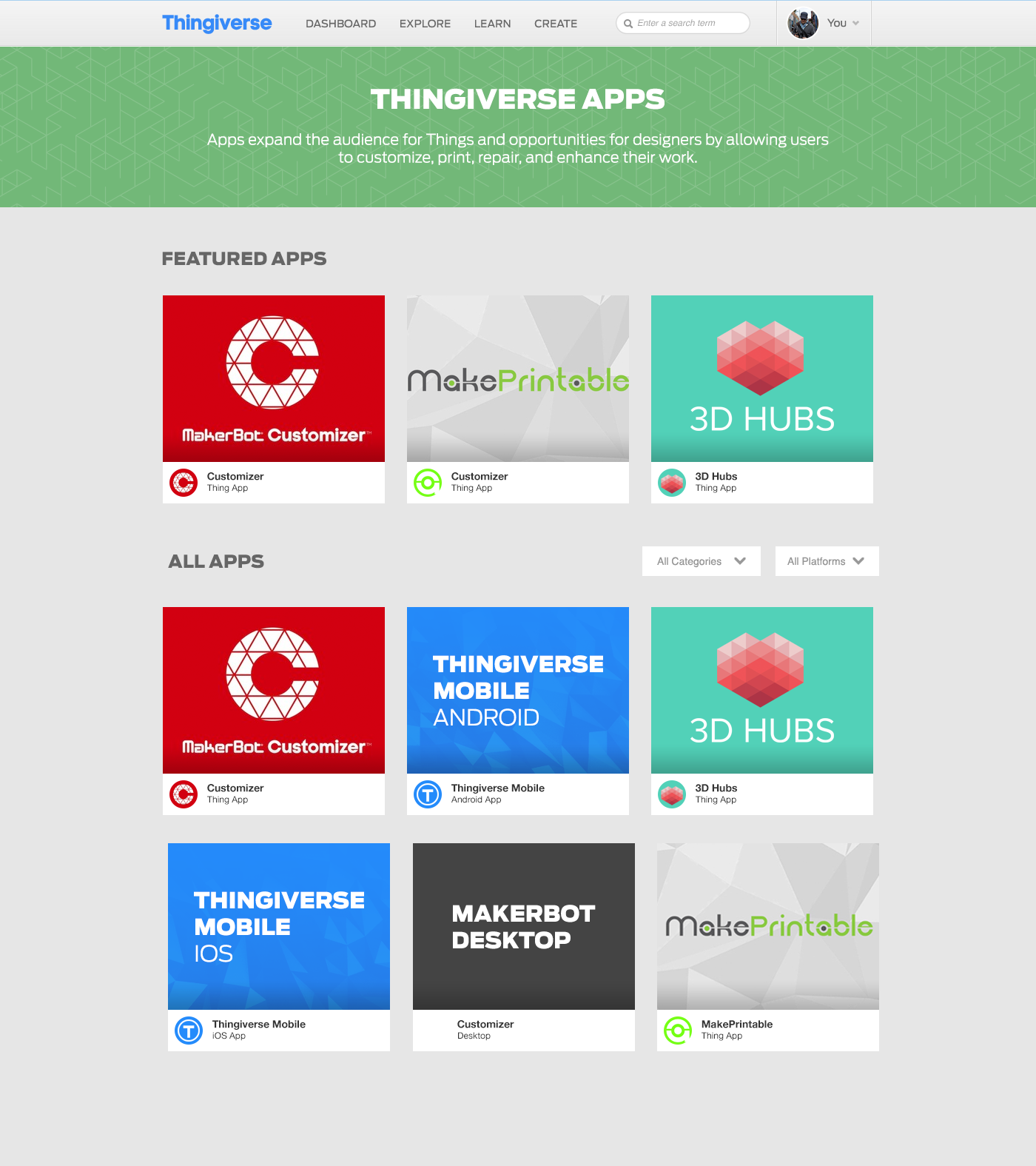 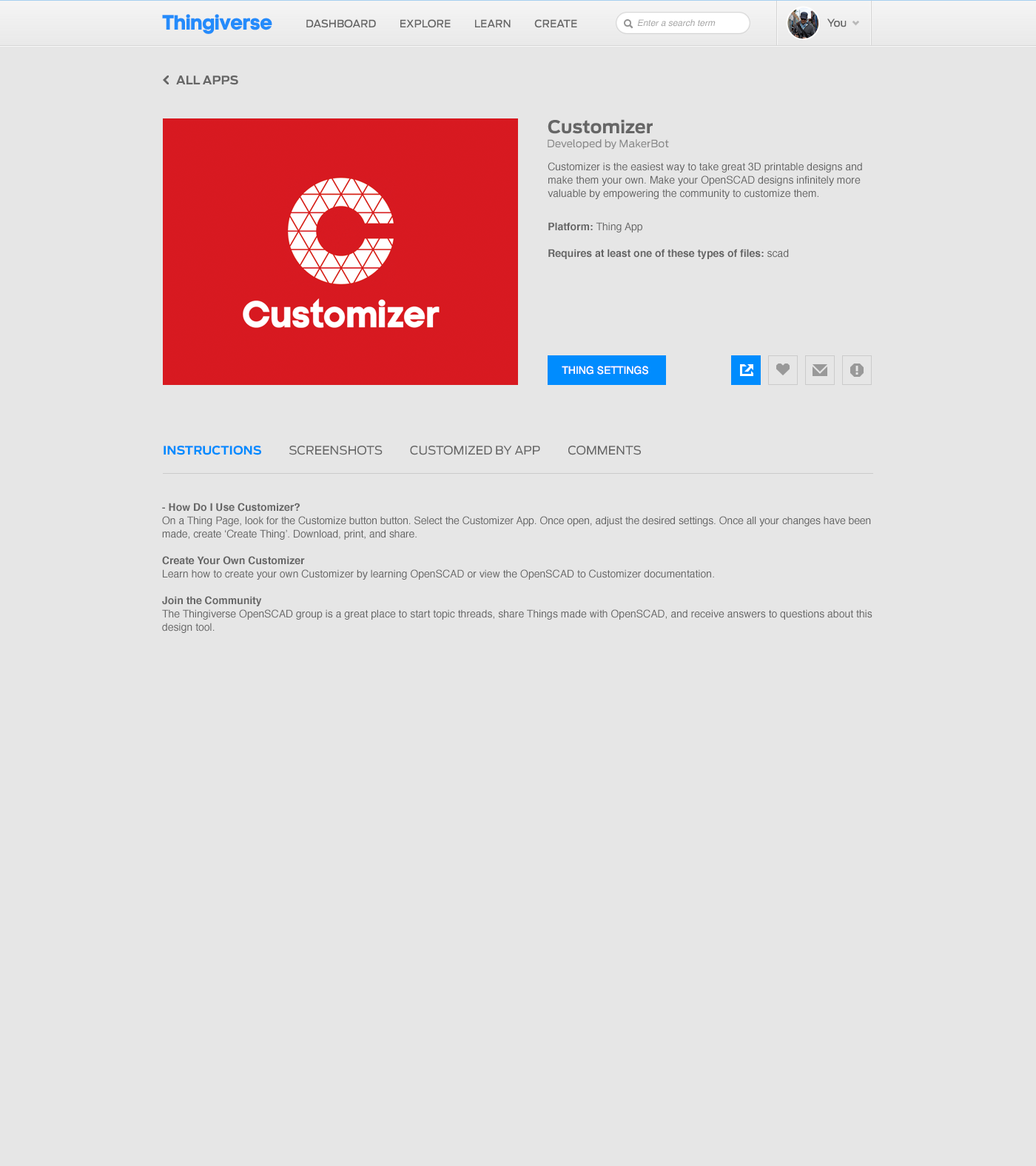 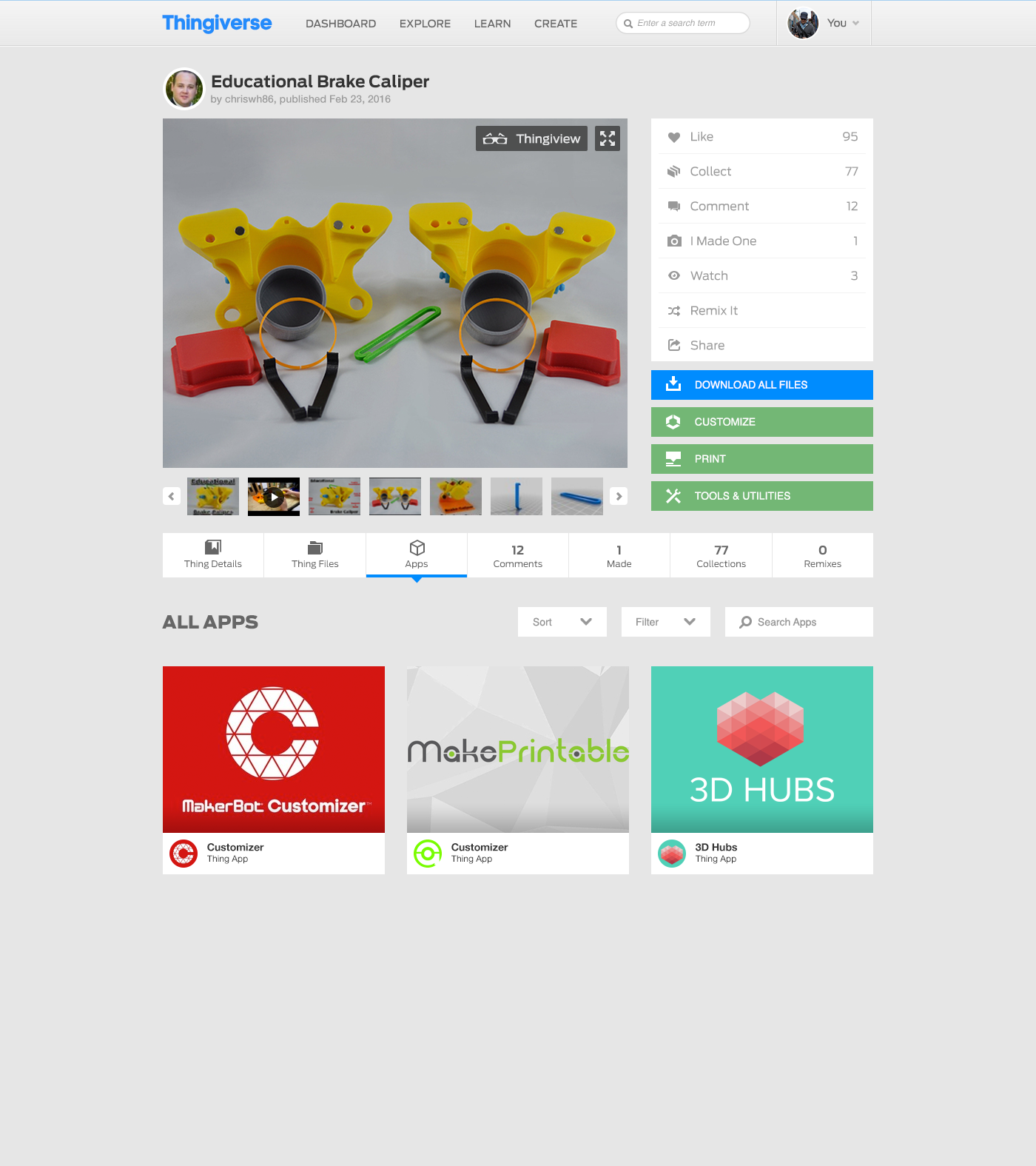 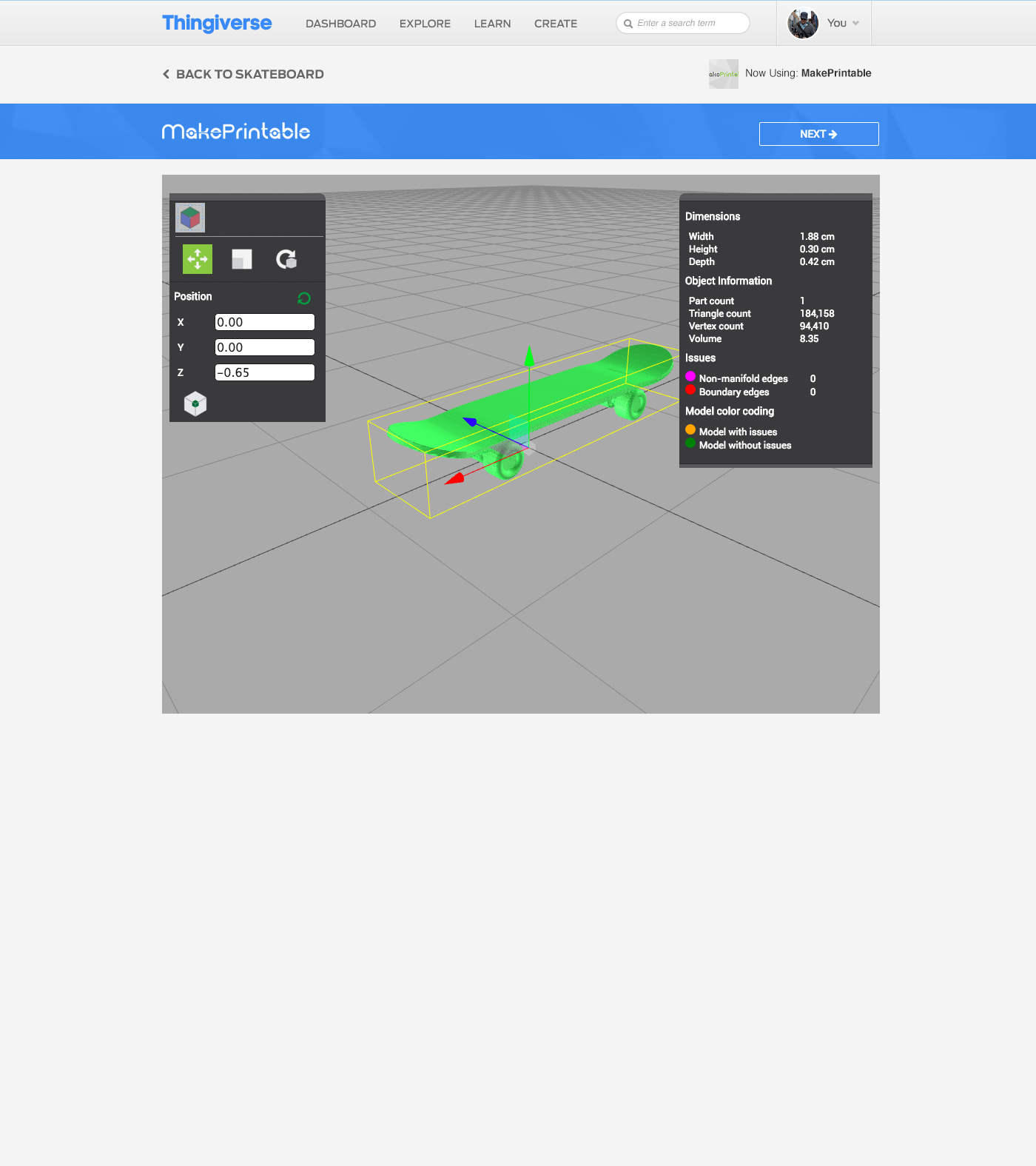