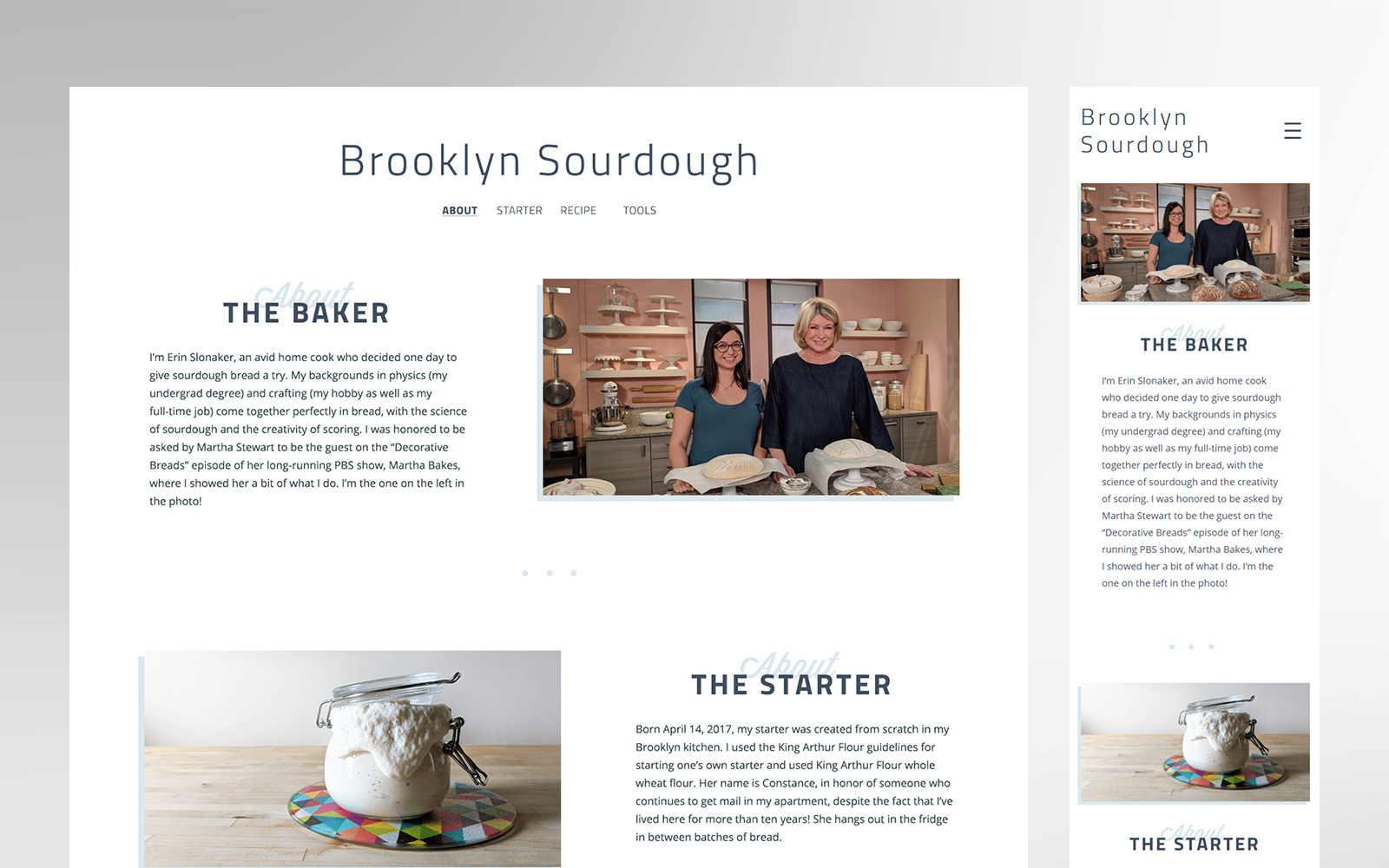 In the Spring of 2017, my girlfriend, Erin, decided she wanted to learn how to make sourdough bread, starting with creating her own sourdough starter from scratch. Over the next few months, after the starter was usable, she got really comfortable scoring (decoratively cutting) and baking her own breads. That December, I mentioned she should start her own Instagram account just for the bread, rather than posting on her personal account. Fast-forward to October 2018, and she has passed the 19,000 follower mark on Instagram and has appeared on Martha Bakes. Pretty impressive, right?

She’s continually receiving e-mails and direct messages on Instagram asking the same questions about her starter, the recipe she uses to bake the breads, and tools she uses. It was time for her to have a website. A few months back, we sat down together to figure out exactly what she’d need from a website. She knew she wanted a way to answer the common questions but also didn’t want anything too crazy, since she’s still playing with recipes and most of her visual content is already on Instagram. Seeing as the site would remain mostly static, I decided to not use WordPress; instead I used the opportunity to dust off my development skills and learn some new tricks, mainly Flexbox. The other issue we wanted to address was a fast loading/small-sized (I got it under 2mb total, with images) site that was responsive, since the majority of her visitors would be coming to the site via her Instagram account.

We’re already working out future plans for a broader recipe page and a section of the site with video tutorials for scoring some of her more well-liked loaves. I plan to add a Case Study to my site soon to give more of a look into the sketches, wires, and misc concepts for this project, so stay tuned.